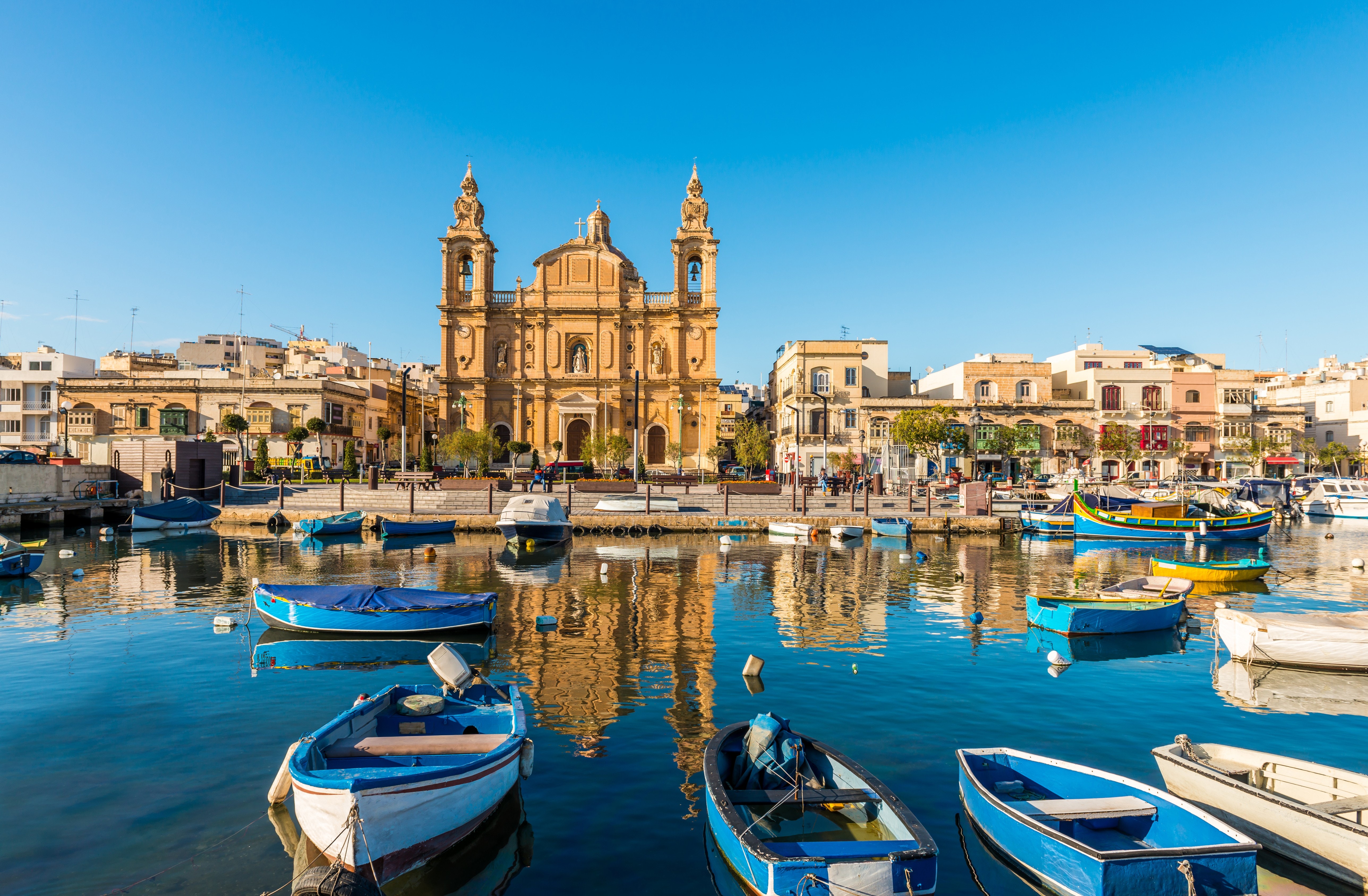 All countries
Living and working in Malta allows you to enjoy the island for a long time! Discover the amazing culture and nature and have the experience of a lifetime!

There are currently no vacancies in Malta. Stay informed about the latest vacancies. As soon as a new vacancy comes online you will be notified immediately!

Malta still has many traditions that have been used for generations. One of the more famous ones in Malta is that the vast majority of babies are still baptised according to Roman Catholic methods. The party involved is celebrated with family and friends and lots of good food! They also have a tradition on the child's first birthday called il-guċċija. This involves placing objects on the ground that will be authoritative for the child's future. The child then crawls towards one of the objects and is encouraged to do so by the family. Weddings are also super important in Malta and are still celebrated according to ancient customs. The ceremony of a real Maltese wedding takes place in a church and the party in a wedding hall or garden. Very important then again is the food and especially sweets!

In Malta, Freedom Day is celebrated on 31 March. On this day, it is celebrated that Malta became fully independent on 31 March 1979. On that day, the military treaty with Britain expired. A similar day falls on 13 December, as Malta became a republic on this day in 1974. On both days, this is celebrated lavishly with fireworks and fun activities scattered across the islands! The martyrdom of the apostles Peter and Paul is also commemorated every year on 29 June. This day is also known as Mnarja. Major components of the celebration here include religion, music and Maltese food! Horse and donkey races also take place. The celebrations continue late into the night and at night there are also beautiful fireworks and Malta is beautifully lit up! This day is a free/fun day in Malta, but also in Chile, Rome, Vatican City and parts of Switzerland. It is also immediately a day when you can get in touch with the local culture while working in Malta.

The Must-See's in Malta

Malta is not exactly known for its long expansive beaches, rather more for the fact that there are none. Despite this, Malta has some nice spots with stretches of beach where you can still enjoy the real beach vibes! Take for instance Golden Bay Beach, a beach in the north-west of the island. Perhaps one of the most beautiful beaches in Malta with a lovely calm sea! The water is very clear, and you can even see the bottom. You can rent sun loungers and umbrellas for a fee, and there is a little tent to grab a bite to eat. Also, it is not yet completely built-up and super touristy here, so you can enjoy the beautiful surroundings in peace!

Marsaxlokk, a small fishing village in the south of Malta, is also worth a visit. It has a cosy fishing port with boats and markets everywhere. You can enjoy the catch of the day here. It can get quite crowded here in the summer months, so make sure you get there early in the morning. Finally, Malta also has a beautiful hidden gem: St Peter's Pool. This is a natural pool not very far from Marsaxlokk. Definitely a popular location for snorkellers! Just make sure you bring your own food and drinks, as there are little to no facilities at St Peter's Pool.

Maltese is not an easy language by any means. Fortunately, the island's residents understand it and can speak good English themselves. On the other hand, they really like it when you know a few words, so here goes: 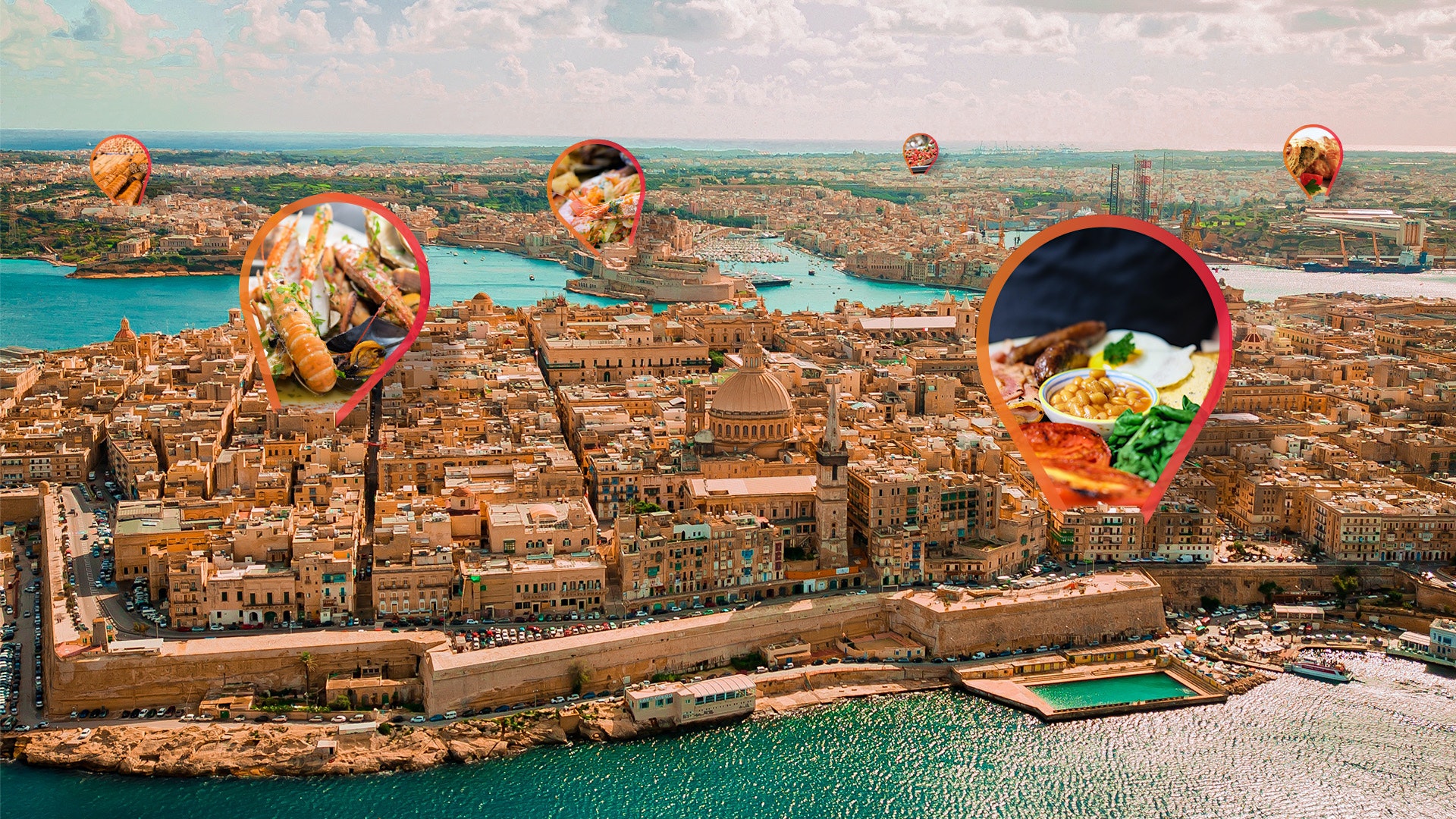 Travel Inspiration
The 8 best food spots on Malta!
View all blogs about malta