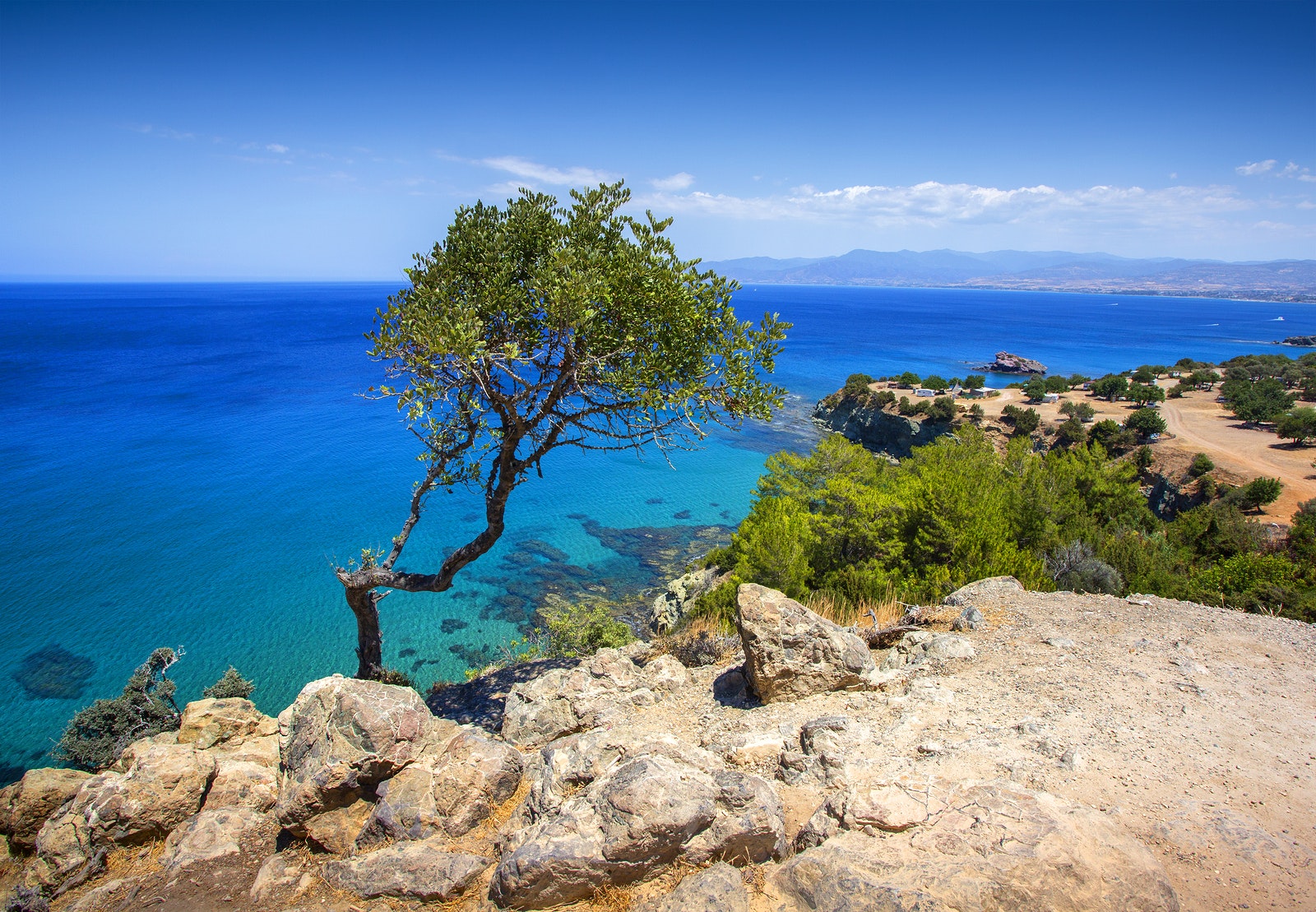 All countries
Cyprus, a Mediterranean island and a dream destination for vacations. Beautiful beaches, bright blue waters, picturesque white villages, and mountains where you can ski in winter. The stunning island of Cyprus has many surprises to offer besides excellent weather and delicious food. 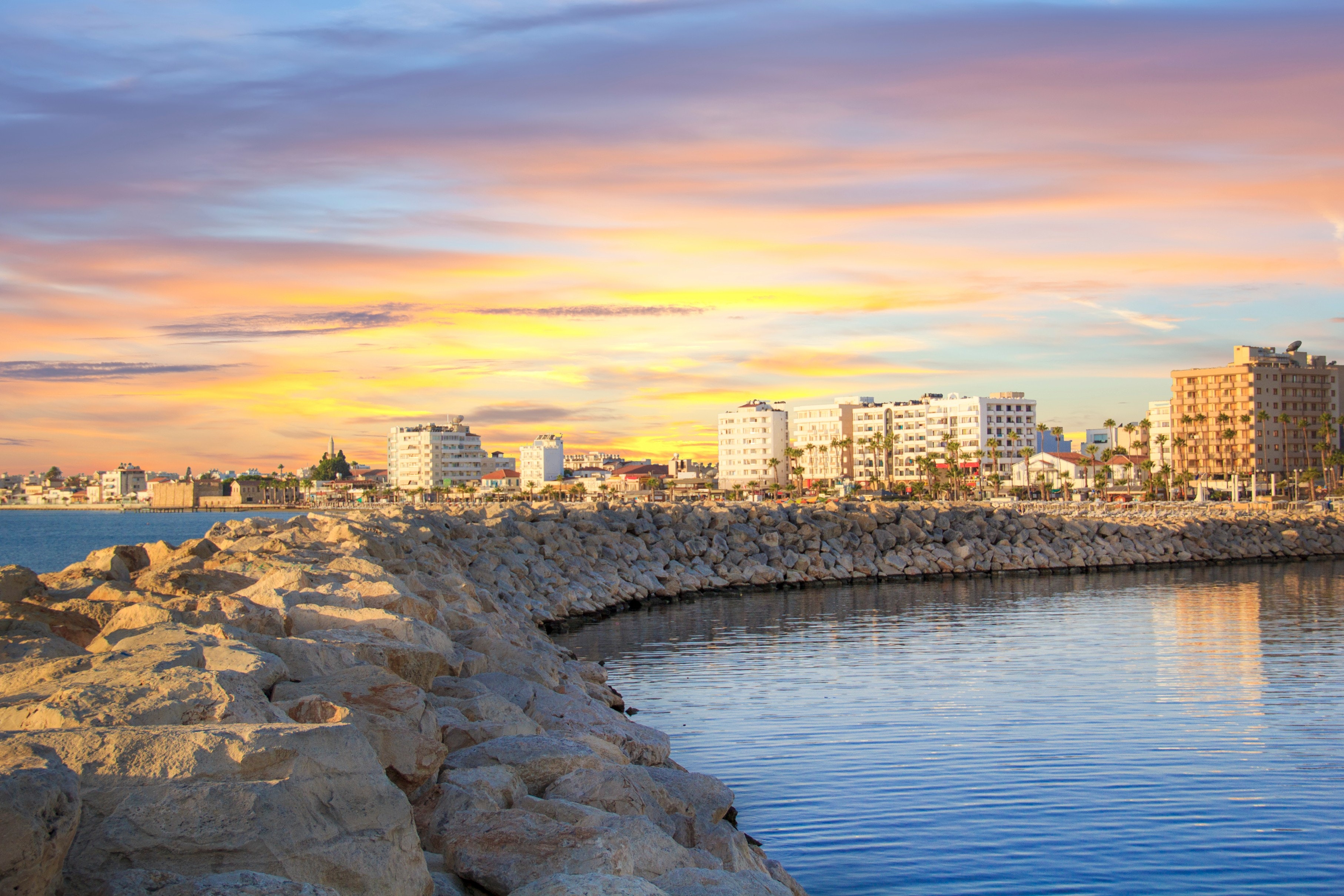 Ideally located between Europe, Asia and Africa, Cyprus is now a popular place for many tourists and people who want to work abroad. For good reason, because in addition to very good Mediterranean cuisine, you will find countless beautiful beaches, mountains up to 2000 metres high and many other exciting places.

With more than 300 days of sunshine yearly, Cyprus is a typical Mediterranean island, always blessed with warm temperatures and little rain. It is very easy to get around the island by bus, as the road network is modern and well developed. Watch out though, in Cyprus you drive on the left-hand side! By the way, Cyprus is one hour ahead of Spain and Denmark since it shares the same time zone as Finland and Greece.

The Cyprus pound was replaced by the euro as the currency of the Republic of Cyprus in 2008. But the Turkish Lira is accepted as payment in Northern Cyprus. But the euro is also frequently accepted.

The Must-See's of Cyprus

Cyprus has a lot of copper resources, which in history attracted a lot of attention to the island. Moreover, Cyprus has a rich cultural heritage as well. For instance, ancient barn churches (which are even UNESCO World Heritage Sites), mosques, monasteries and cathedrals invite you to experience and understand the culture and history.

The cuisine of Cyprus is also shaped by the influence of both Greeks and Turks. An example of this is ‘meze’, also known as the tapas of Cyprus. You can get this dish served either way hot or cold. Well-known meze dishes include tzaziki, taramosalata, hummus and haloumi.

There is also Turtle Beach in the north of Cyprus where you can witness a very special event! In summer, the turtles lay their eggs there and as soon as the little turtle babies hatch, they migrate towards the sea.

Both Greek and Turkish are spoken in Cyprus.

Afedersiniz. Sipariş vermek istiyoruz lütfen - Excuse me, we would like to order please.

Tavsiyen için teşekkürler - Thank you for the tip.