All countries
For many, Greece is a popular living destination. Historical monuments, ancient ruins, golden beaches, delicious Greek salads, warm weather and passionate music make working and living in Greece number one on your bucket list! 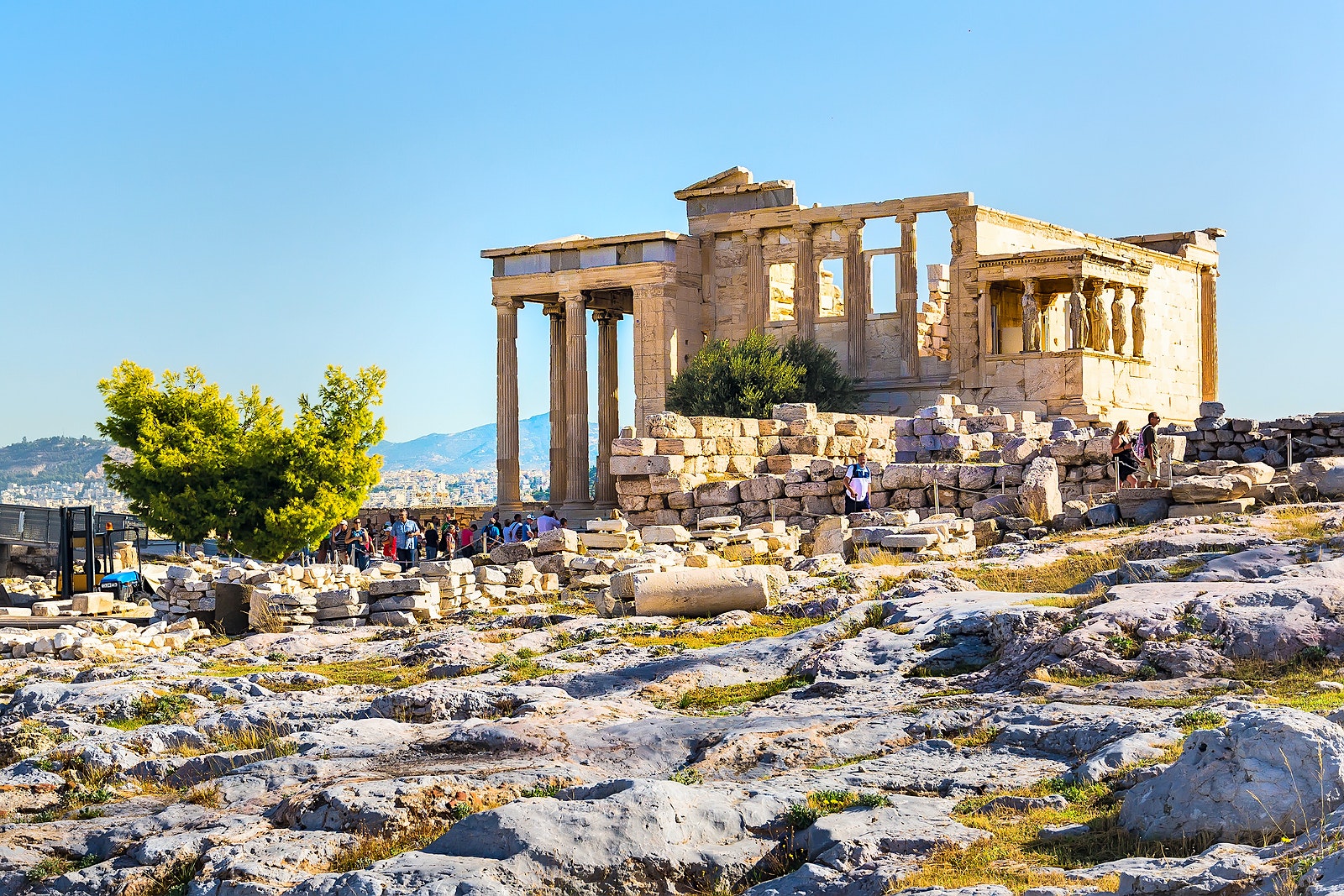 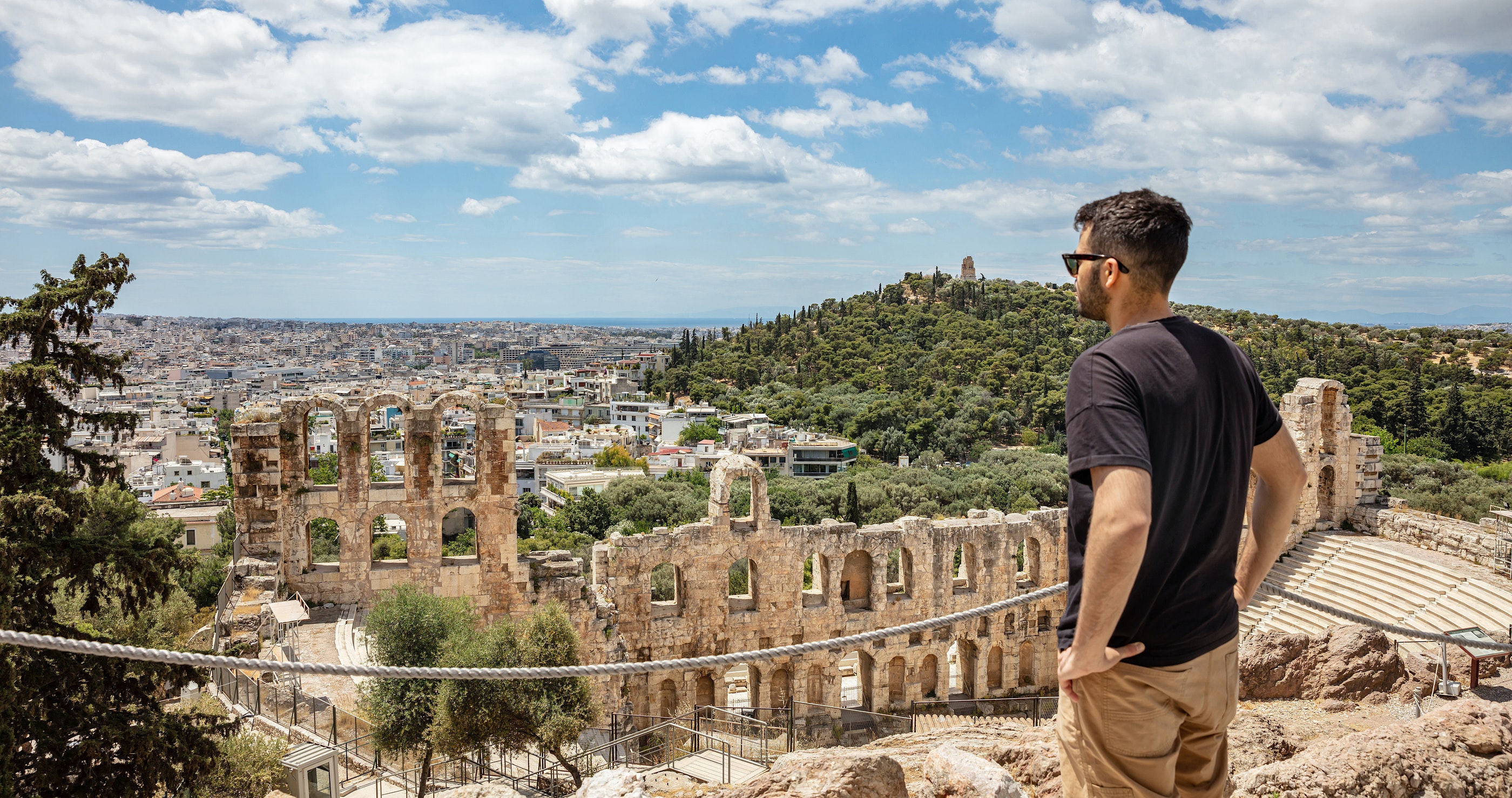 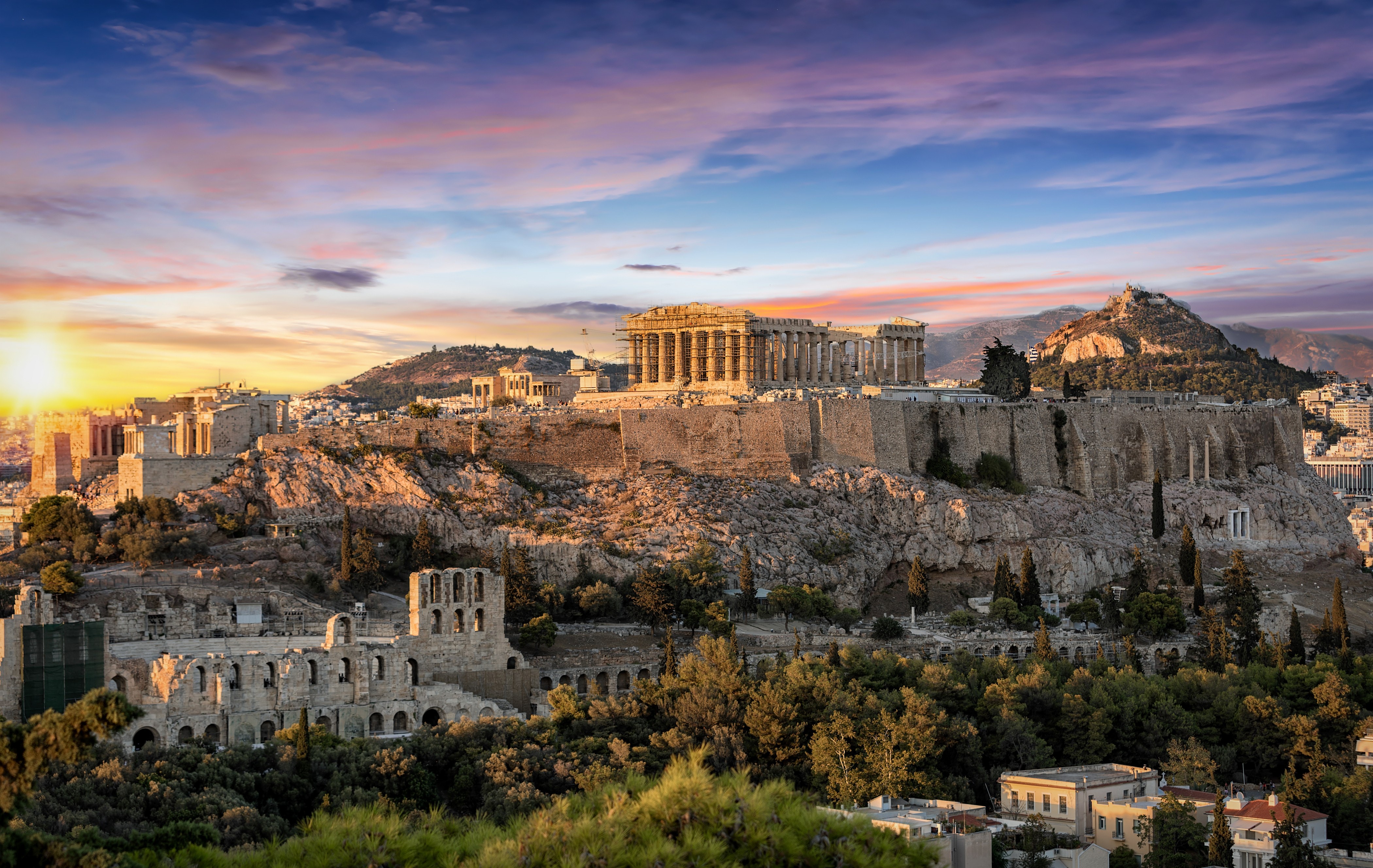 Things to do in Greece

Greece has some places you have to visit. The most popular activities include exploring the Acropolis, Greek ancient monuments, resting on one of the stunning beaches, and hiking on one of the area's famous mountains or rock formations. For instance, visit the ruins at Delphi and don't forget to check out the Greek foodspots!

You'll discover that Carnival is a huge thing in Greece while working there! People enjoy dressing up and wearing costumes at this time. The festivals of Dionysus, the god of wine and celebrations, are where the Apokries, or Greek Carnival, originated. The major highlight in Greece, Orthodox Easter, begins as soon as the Carnival celebrations are over. They are starting with 40 days of fasting (Sarakosti). Only organic products are consumed during this period, therefore no meat, poultry, fish, or milk are eaten. A big celebration, including tasty food and enjoyable music is held after that. Do not miss this!

The seasons in Greece feel like an endless summer, which is pretty accurate. The Mediterranean climate in Greece is responsible for mild winters and warm summers. However, snow can also fall in the higher parts of the country. The warmest months are May to September with temperatures around 25 to 40 degrees Celsius. The water temperature is also the most pleasant then! Working in Greece in such a climate is certainly no punishment.

Until about 2001, Greece had the drachma currency. Since then, however, they have been paying with the euro. In the past, one cent of a drachma was called a lepto, and the Greeks still stick to that. A euro cent is, therefore, still called a lepto.

Greece, by the way, is in the same time zone as Finland and Cyprus, and thus, for example

one hour ahead of Spain and Denmark.

A tradition most people are familiar with is the throwing of plates!

The reason for smashing the plates is unclear though. Speculations are either to chase away evil spirits, to show that the food was delicious, or to give recognition to the dancer or musician while eating. Either way, it's great to witness. In some Greek restaurants, you can even break your plate (for an extra charge).

You could see a Greek playing with a komboloi, a string of beads, while they're bored. Although it appears to be religious, it is only entertainment now. Greeks also take it easy on Tuesdays with the 13th since it is similar to "Friday the 13th."

You recently moved to Greece, and you want to go out to dine but not by yourself? No problem! It is common to dine with a large group of people, so you may tell the waiter and join their table.

Greeks also have a charming tradition of wishing one another a good week on Mondays and a good month at the start of each month.

Echo chasei ta avga kai ta kalathia! - Now I have lost my baskets and eggs! (meaning: I have no idea what is going on!) 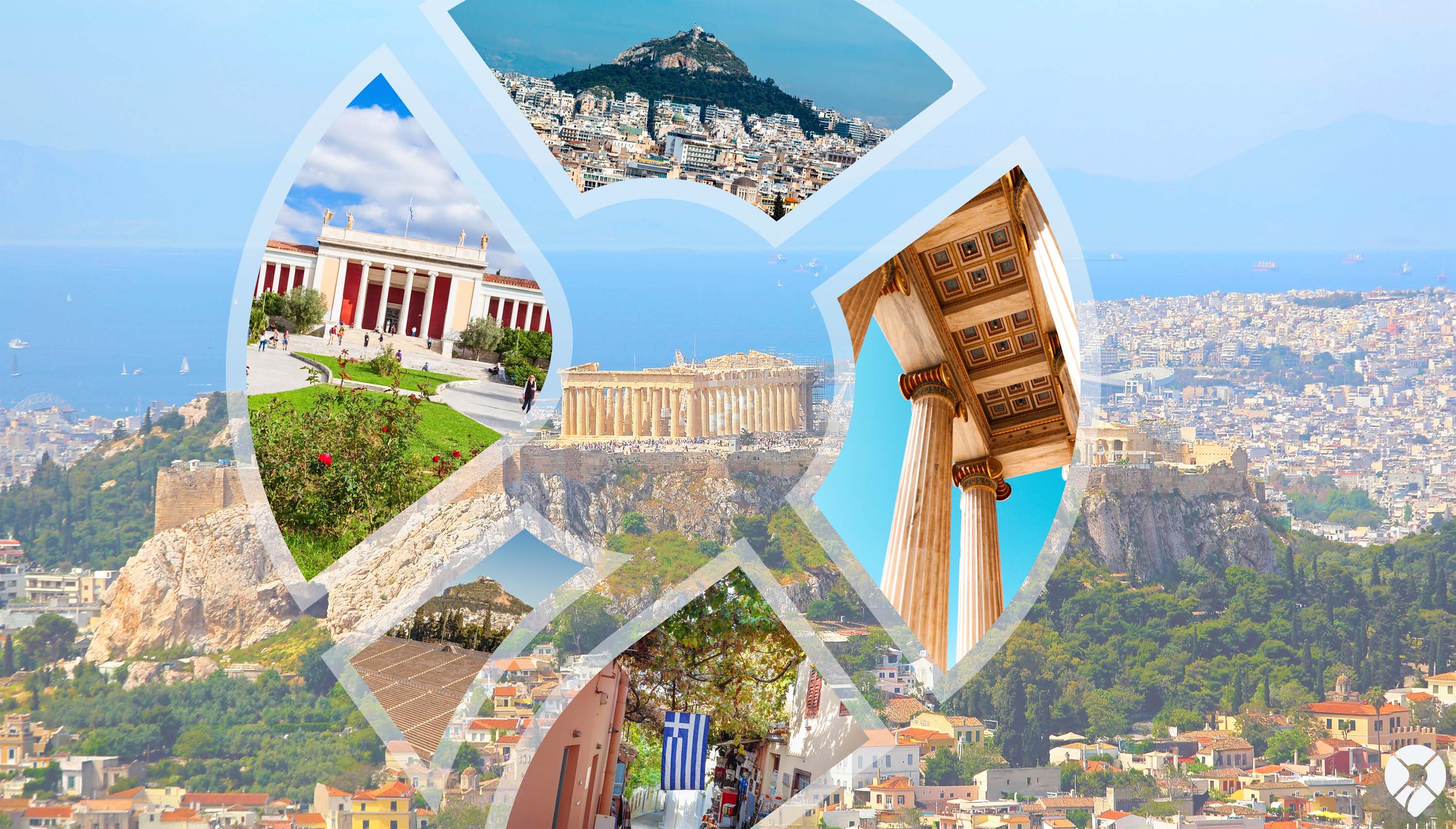 Travel Inspiration
What to do in Athens! 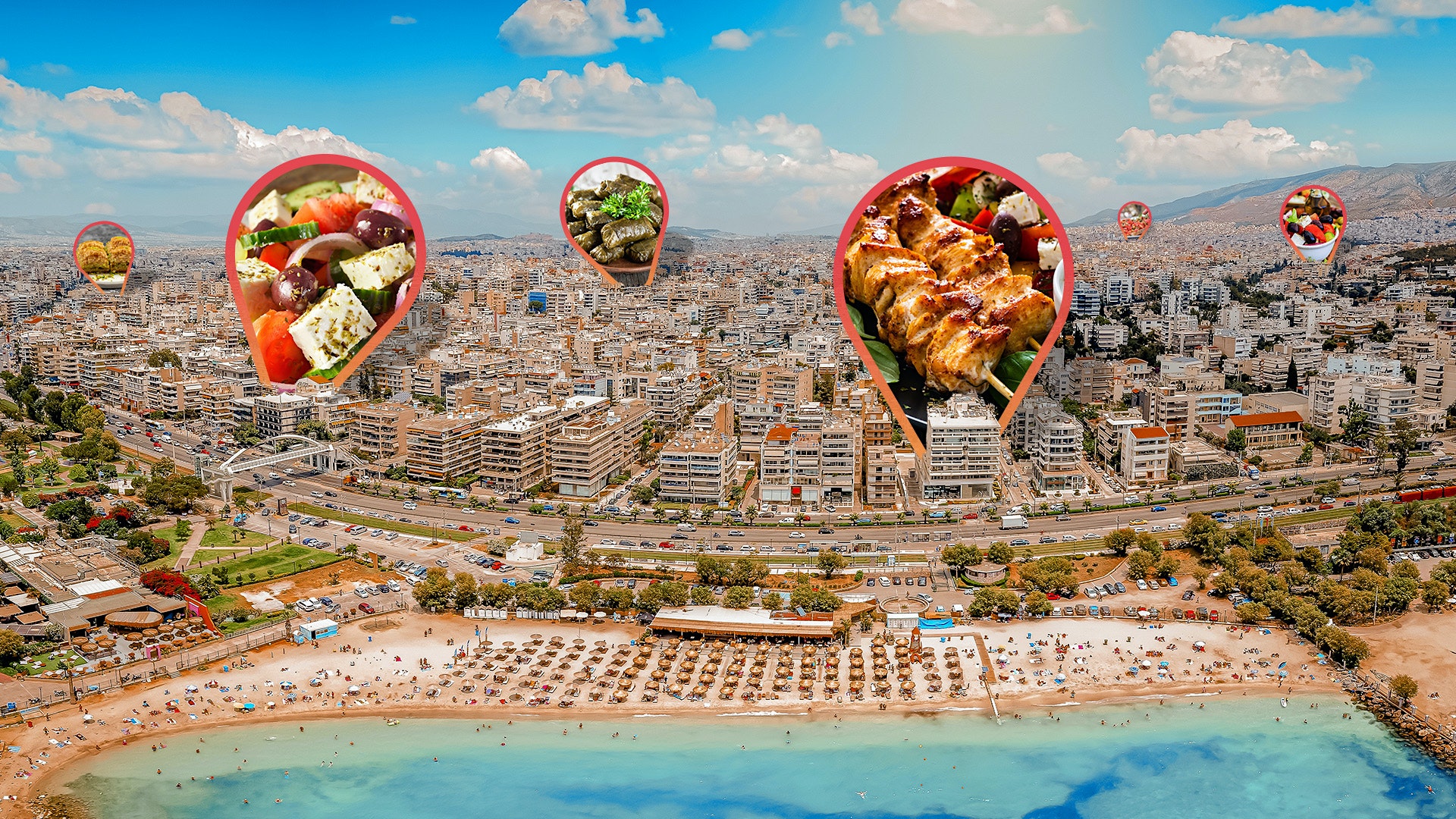 Travel Inspiration
The 8 best food spots in Athens!
View all blogs about greece